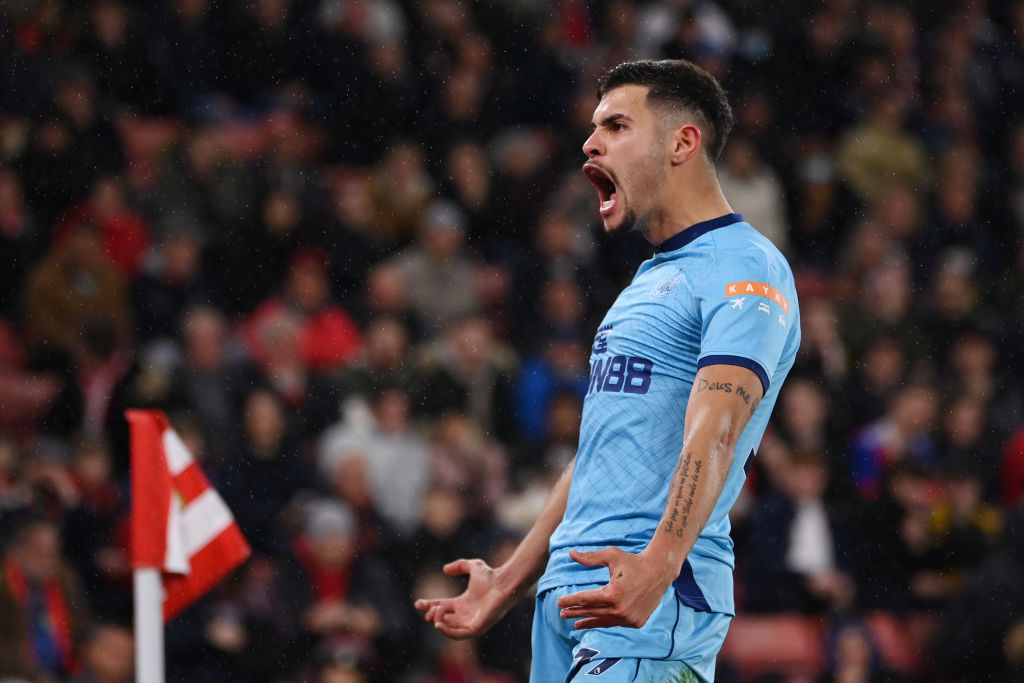 The Eddie Howe-led Newcastle United team came into the Southampton game with a seven-point advantage over the relegation zone and they were able to increase it to a ten-point advantage thanks to their comeback win over the Saints. Newcastle United also had an unbeaten run of eight games in the league ahead of the Southampton clash and they were able to increase their unbeaten run to nine games after their victory at the St. Mary’s Stadium.

Newcastle United were in danger of losing their first game in nine attempts when Scottish midfielder Stuart Armstrong gave Southampton the lead off the assist from Norwegian international Mohammed Elyounoussi. The advantage was then erased by new signing Chris Wood in the first half via a header off the cross from JonjoShelvey to ensure that the two teams went into the break on level terms. It was the first goal for Wood in a Newcastle United shirt on the back of his £25m transfer from Burnley in January.

Brazil international Bruno Guimares had started on the substitutes bench at Newcastle United since his transfer to Lyon earlier in the year, but he was given his first start against Southampton due to the injury to compatriot Joelinton and he seized the chance of a rare start by getting the winning goal for the Magpies in the second half.